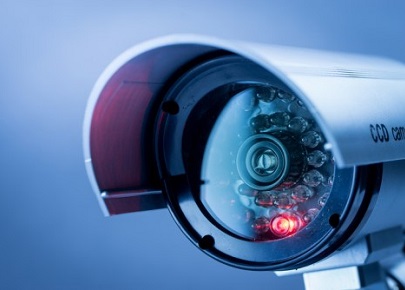 Ongoing revelations of mass data breaches have become so large and so pervasive that online users simply cannot expect their data to remain private anymore. Combined, the breaches that occurred in 2017 have exposed consumers personal details by the hundreds of millions. So by now, many people expect their names, credit card numbers, addresses and other personal information to be of public domain or at least to be in the hands of some Russian hacker or criminal or corporation who will sell it to the highest bidder. But how do people feel about online privacy at their workplace?

Since the internet began to be a basic work tool, employers have worried about the time people spent chatting or emailing friends. The situation got worse when social media began being popular and employees started spending great deals of time checking their Facebook or other social media accounts. There is no doubt that employers have to establish clear rules about the use of social media and web chats in the workplace, as well as clear disciplinary procedures for those who fail to follow the rules. However, these rules should be clear and transparent to avoid violating people’s privacy.

Unfortunately, companies around the world have been using surveillance software to track their employees’ conversations and to track what they do online without disclosing it. In a recent case, the European Court of Human Rights said in a ruling that companies must tell employees in advance if their work email accounts are being monitored. The ruling comes from a case of a Romanian man who was fired 10 years ago for using a work messaging account to communicate with his family. The company had not disclosed that they were using a surveillance software to track his communications, and fired him for using work tools for personal purposes.  Surveillance is now global.

Email and online privacy at work has become a controversial issue as more people use corporate mobile phones and work addresses for personal correspondence, even as employers demand the right to monitor email and computer usage to ensure staff use these work tools appropriately and to protect their systems. Cybersecurity has also been an argument, as companies are investing thousands and millions of dollars in trying to protect themselves from data breaches, but all the efforts may be made in vain if employees make a careless use of email, online chats and social media. Workplace surveillance has not done any good, but has negative effects in employees’ productivity.

The European court ruling is a big step in this rapidly evolving world of technology, where privacy and worker’s rights had not been able to catch up. It establishes safeguards against abuse to employees, while still allowing companies to have control over their resources. There are definitely other approaches to limiting people’s usage of work resources, and to avoid data breaches. Clear and transparent rules, as well as regular training and security are the key.

Online privacy and data protection are big issues of our times, and people are starting to care more about this in their personal home lives, as in their job.   Fighting for your privacy means fighting for liberty, and your personal life, which also means your own safety.