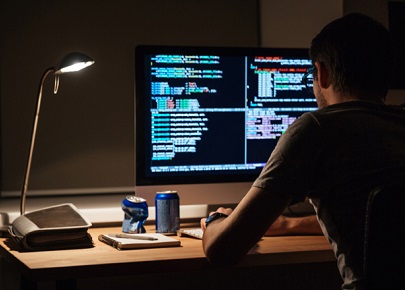 The concerns over whether hackers are now in control of the world are growing every day. It does seem like an argument out of a movie, but there are reasons to be worried. Russian hackers have been in the spotlight in the past couple of years due to different cyber security issues, mainly concerning data breaches.  No company or government seems to be safe from the hackers.

There is no question regarding how profitable and successful is the hacking industry in Russia. Information has become the number one and most successful trade in the internet’s black market, and the better the hackers get, the better quality and quantity of information that can be stolen and sold online.  The more personal data you share with companies and governments, the more at risk you and your family members are.  Databases simply aren’t safe, and even when they are not hacked, governments and companies often sell and share you information without consent.

The power of information is not limited to financial gain, but also used to gain political power. The involvement of Russian hackers in the data breach that exposed classified information from the U.S. National Security Agency is the perfect example. The latest news regarding this matter is that hackers working for the Russian government stole details of how the U.S. penetrates foreign computer networks, the computer code it uses for such spying and how it defends networks in the U.S., which is all highly sensitive information. Apparently, the hackers found a way in through anti-virus software that an NSA contractor used on his home computer, where he kept the information.

The attacks have been happening continuously and there are several important things to point out. First, companies and national agencies continue to ignore or minimize the human factor in cyber-security issues. A great investment is being done in complex software and infrastructure, but simple procedures of the human factor are overseen. There are no clear procedures that people can follow to avoid making such mistakes as saving critical confidential information in their home computers!

Second, even if hackers were not gaining anything from stealing the data, it is working in terms of the message they want to spread: they are in control. The real problem with this is that people are starting to fear hackers and to feel helpless regarding their power. The glorification of Russian hackers is undermining the confidence of many citizens that authorities are capable of keeping them safe, and this is very dangerous.  Russia has limited resources to try to control the problem.

Russian private investigators know that IP addresses and proxy servers are often used by criminals, and any criminal can easily use or create an IP address to make it appear they are based in a different country.  For example, Chinese hackers can easily make it appear that their origins are in Russia or North Korea, and vice versa.  It is a game where tracking the criminal is no easy task.

The questions over hacking and internet security is in the minds of millions of people, putting in danger the stability of an online system that has worked for decades but is now damaging the U.S.-Russia relationship.  Before you share or upload your information to the internet or with a company or government who stores your data in an online database, know the risks!