The Role of Russian Hackers and Cyberattacks in Modern Warfare 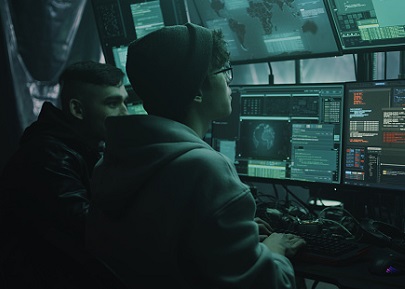 In our current times, war extends to the cyber world and being Russia one of the top nations in regard to cyber-attacks, it is correct to say they have an advantage. Attacks on the internet have become a popular strategy for both Russia and Ukraine in recent months. While many destructive efforts against Kyiv have been launched by Russian state hackers, Ukraine has on their part sought the world community for help building an “IT army”.

In retaliation for what they see as an unnecessary war with Ukraine, Russian hackers have begun launching cyber-attacks against domestic targets. A recent article states that the National Republican Army (NRA) of Russia is aiming to topple the government of Vladimir Putin after breaching Russia’s defense and intelligence contractors. The NRA is a Russian opposition organization that seeks to destabilize the Putin regime, including through the use of force. The alleged leak consists of everything from agreements with clients and partners, as well as employee personal data of all types.

Regardless of whether the hack is true or not, or if it will serve to the hackers’ purpose, the truth is that if the hacks against Russian defense contractors were carried out by rogue members of Putin’s trusted intelligence services, this would pose a significant risk.

Media has also been recently spreading news, some true and some not, about Russian hackers using their skills to help other citizens buy their way out of war by hacking systems and forging documents that help Russian men avoid mobilization.

In any case, Russian investigators say it is obvious that war has a significant cyber component. During the course of the conflict Ukraine has been subject to unprecedented cyberattacks, starting with Russian government-related hackers breaking into Ukraine’s energy infrastructure, and disrupting supplies. The nation was also the target of sophisticated malware, which propagated around the world. They have also targeted communication and transportation systems used by Kyiv’s armed forces.

It is clear that nowadays cyberwarfare is a prominent feature of war. The Kremlin has carried out digital operations to disrupt the enemy, gather information, and control the narrative of the conflict by controlling the publicly available information on the war. But they also have a rival battling in the same cyberspace, with foreign hackers and even Russian hackers attempting to obstruct or undermine Russian government.

The cyber domain is significant in today’s context and so are the people with the skills to access information, leak it, and use it in their favor. The conflict has been happening in the cyberworld too and the materialization of the attacks has been clearer every day in the real world. It is yet unclear how much the “contributions” of hackers will help end or continue war, but what is clear is that their involvement draws a new era of military power.

© Copyright Russia PI.  All Rights Reserved.  This content is the property of Russia PI, LLC and is protected by the United States of America and international copyright laws.