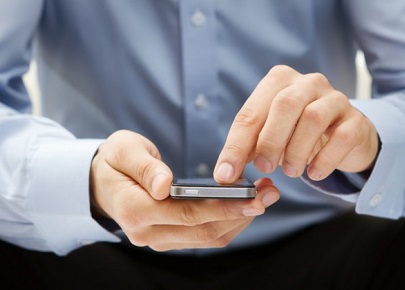 Would you like the people you talk to through WhatsApp not to receive the alert that you have read their messages? Many people wish this was a possibility again. The recently added double blue tick feature leaves the question of whether someone did read your message or not with no space for doubts. The messaging service, purchased for a whopping sum by Facebook, confirmed recently that users now receive a notification of exactly when a message was read. Not only do the double check marks turn blue to notify it was read, but the users can also find out the exact time a message was delivered and read by pressing the message with the checks and then holding it for a couple of seconds.

The announcement of this new feature generated quite a buzz all around the world. Other messaging services already have similar types of notifications to show when someone has seen a message, for instance Facebook.  However, not many people feel comfortable with owing an explanation as to why a message was not responded immediately after been read, or why it was ignored. Before the double blue tick, people could just excuse themselves by saying they did not receive it.

Many people feel their privacy is being compromised due to this (as with other Facebook privacy violations). So far there is no way to eliminate the feature, but there has been a rumor, or more precisely a fraudulent promise, circulating all over the web stating that the feature can actually be hacked or removed.  Experts in online fraud from our Russia PI team advise to be careful with topics that become popular online within hours, because these situations will most likely be used by hackers and scammers to catch their prey. In this case, people who were desperate for a solution or a way to return to their old Whatsapp have been falling prey to malware and phishing attacks.

With online fraud threats on the rise, groups of fraudsters have taken advantage of this to send messages to users and get their private information. A simple online search will be enough to find hundreds of results offering ways to bypass the double blue tick, even though the official website has announced there is no way to get rid of it. The fraudulent messages are also being shared through social networks. These messages contain a link that directs users to a website where they are asked for their cell phone number. Users provide it in order to receive a download code to disable the notifications.  However, by following the link and entering the number, the user subscribes to a service for sending SMS that makes a profit out of the amount of messages sent. Users also need to be aware that being safe online depends a lot on what you click on, and it gets harder every day to recognize what is ok to click on and what is not.   Private investigators know this better than anyone.

Users of instant messaging services should also be wary of the kind of information they share through these platforms and how this may affect their privacy. Recently, the Fair Trade Commission in the United States reminded Facebook that it doesn’t expect the company to change WhatsApp’s privacy policies from those first promised to pre-acquisition users. WhatsApp had made a number of promises about the limited nature of the data it collects, maintains, and shares with third parties -promises that exceed the protections currently promised to Facebook users. No one really knows for how long will these promises be held, or if they are in fact being respected. So the best for those who want to protect their privacy is to try to keep the chatting to a minimum or to look for safe alternative services that encrypt the data.  After all, Facebook is a big supporter of the Obama administration, and we all know how Obama feels about privacy, with the NSA and Google reading all our emails and tracking every move.

Be safe online, and remember Whatsapp is convenient, but not necessarily secure.