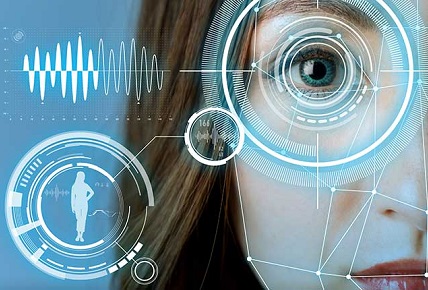 The perception of safety has changed a lot in recent years due to terrorism and mass shootings. The world could be divided by conflict zones, where everyone is aware of the dangers, where some areas are not immune to crime but are in general terms peaceful.  The landscape nowadays is completely different. Terrorists have killed thousands of innocent people in quiet small towns, people who were on their way to work in a train station, people who were simply enjoying a concert or traveling for the holidays.  Islamic terrorism continues to be a major threat worldwide and so far there seems to be no effective way at stopping them.  Mass shootings have occurred in schools, churches, and open streets. The fear that anyone can be a victim in the most unexpected moment has impacted everyone around the world.  The Muslim world continues to be a hot zone for terrorism and relationships with the West have not improved despite decades of summits, treaties and efforts by nations.

Events like the Russia FIFA World Cup are always a great risk due to the amount of people who attend. Russia, as well as other hosts of global events, has been preparing to have the maximum degree of security. Certainly, it cannot be ignored that the past terrorist events have boosted the use of technology, especially biometrics and facial recognition systems, in the name of public interest and security.   Big brother is increasingly watching and monitoring the ordinary people.

As part of the security measures, the Russian government installed around 160,000 facial recognition cameras to monitor Moscow as part of its Safe City surveillance system.  Surveillance is the new norm.  These cameras are able to identify 20 faces per second, and have an accuracy rate of 90 percent according to pilot tests done at the Domodedovo Airport, one of four airports serving the Russian capital. Thousands of people are being scanned without them even knowing, or consenting. But is this really helping the city be more secure? The majority of terrorist attacks and mass shootings are carried out by people who have no criminal history. The cameras are not trying to spot the criminals within the crowd, it is more likely that they are just building a huge database of biometric data that can be useful for other purposes. How secure is the information being collected?

The use of biometric data for security systems has raised concerns all over the world, as reacting too quickly with rapid implementations of technologies that we do not fully control is resulting in sacrificing privacy rights and even greater risks. It is likely that many people would be willing to sacrifice some degree of privacy for protection, but do we really understand the risks?

Technology is many steps ahead of our social and legal environment. It has always been. The issue nowadays is that the changes happen so fast that there is not much time to remodel the legal structures, leaving us vulnerable to the abuse of these technologies. Such information in the wrong hands is a disaster. Governments can use it as a means of political persecution. Russian hackers could steal the information and sell it to criminals in the dark web. We are not so far away from the sci-fi movies where iris patterns can be printed in a lens and used to impersonate someone else’s identity. It is easy to replace a swiped credit card, but good luck changing your iris!

An individual’s voice, fingerprint, iris, and hand geometry are examples of physical characteristics that are being collected and used to identify people in any environment.  Biometrics turned existing surveillance systems into something categorically new, something more powerful and much more invasive.  Once your face, iris or DNA profile becomes a digital file, that file will be difficult to protect. Is this really the best way to protect citizens from terrorism?  Privacy is being lost!

© Copyright 2018 Russia PI.  All Rights Reserved.  This content is the property of Russia PI, LLC and is protected by United States of America and international copyright laws.