Tricks of the Online Dating Industry from Russia 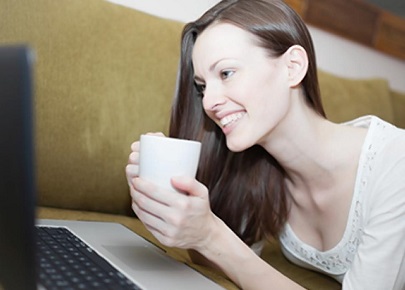 The online dating industry has pulled some little tricks on its users in the past few years. Experimentation and some cheating has affected the users trust and overall confidence in these online platforms, leading many users to cancel to avoid romance scams and other fraud.

Online dating was born in the mid 90´s, and since it´s early days, it has been thriving all along. The service grew exponentially, and authorities around the world were not prepared for it, nor they have been able to properly catch up with the user demands.  The lack of control and regulation over the information that is managed by the industry has been the general rule, making the companies that own these sites almost free to do whatever they want with the information contained there.

Recently, a U.K. based dating site was fined because it had been implanting fake computer-generated profiles to lure users into upgrading to paid memberships. The site allowed users to setup their profiles for free, and once they were in, a “virtual cupid” who happened to live nearby would send a message expressing romantic interest. The messages and profiles were computer generated, but very well designed to attract the attention of the user. When the users tried to respond: surprise! They had to pay. Chances were that users would find paying something they wanted to do, because they had already found a nice potential date. The US Federal Trade Commission (FTC) has told the firm to reform its practices and barred it from using the computer-generated profiles.

But this is not the first time that a company in the industry has performed some deceptive practices or done testing with the information that users provide. Lawsuits have come and gone, involving other popular sites like Match.com with allegations of allowing the creation of fake profiles just to increase their profit.  It’s no longer a secret that online dating sites have create their own fake profiles to attract users, sometimes by the thousands.  Mixed in with these fake profiles created by online dating sites, are fake profiles creating by criminals.  How can one find a genuine profile?

A few months ago, OkCupid had experimented on its users, making “wrong” matches on purpose. Although nobody can really know what a good match is, the fact that the company takes its users information so lightly and does not care about people´s reaction to this reveals that they have little respect for their users’ personal data.   Some rules and transparency are needed.

Many other similar things have happened in this industry. In another experiment, OKCupid ran profiles with pictures and no profile text for half of its test subjects, and vice versa for the rest. Regardless of what a site wants to prove with their testing, the information that users upload is actually being used by someone who feels like playing with it, and this is wrong.   Users who subscribe and pay these sites are putting their trust in the company, and hoping they can find a real match.

Facebook has also been involved in experimentation, revealing that it changed some “news feeds to control which emotional expressions the users were exposed to” as part of a research.  Russian private investigators consider it is quite unethical to alter or manipulate information when users have not been advised they are being part of a test or observation, much less when they are being actually fooled by the company that is providing the service.  Just another example of websites using, selling and manipulating your data.  All the reason why sharing less info is a smart idea.

Users of online dating sites and social networks need to be aware that once their information is online, there is little they can do to control what happens with it. The best is to keep personal information to a minimum, and try to look for ways to protect your identity.

If you’ve met someone via the internet, contact us today for evidence.