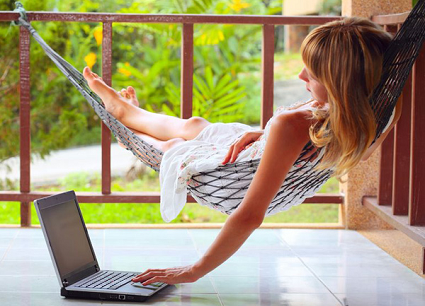 Online romance scams in Russia are becoming the number one income source for many people from Moscow and far off towns. Mafia members have discovered the great potential of love and other “regular” citizens find in scamming a means of survival until better financial times arrive. As the lucrative and illegal business grows, many more foreigners fall victim to a Russian con artists every year.

The increase in online scams has led to Russian private investigators receiving dating background check inquiries every day, however many victims feel like they have spent already too much money in the matter and decide to take the investigation in their hands, based solely on what they have available: the world wide web.  It often proves to be a costly mistake and learning lesson for those attempting their own research.

Although the Internet is a great place to research on specific topics, it is not such a great tool when it comes to investigating individuals – especially in countries like Russia. These are some of the reasons why technology might fail you and why it is worth to pay for professional private investigation services:

Russian criminals s are known for their hacker and tech savvy skills, so unless you are an IT expert with serious resources at your disposal, you should think twice about trying to verify a Russian scammer or beat a Russian con artist at his or her own game.  Chances are, if you are communicating with a criminal, you have met your match and it’s time to call in a professional  so that you stay protected on the sidelines until the evidence comes in.  During the Sochi Olympic Games a journalist made a little experiment to test the Russian hackers’ skills. Within a minute his computer was hi-jacked in a very professional and sophisticated way.  Do you really think you can beat them by doing some searches on Google?  Think about it.

So, you’ve decided to play detective and track the subject’s IP address.  But, did you know that in 90% of scam cases, IP addresses are masked, concealed or manipulated using software or proxy servers?  Unless you’re the NSA, chances are an IP or email trace won’t yield much valuable evidence.  If you´re getting skeptical about your Russian girlfriend being who she claims to be, don´t start by trying to verify an IP address.  Focus on the verifiable facts, such as ID, passport, education, employment, date of birth and address, and so on.  And, you’ll need help verifying her information locally by someone with training and access.

Google might have a lot of data on you and on the actual scammer, but that does not mean they will share it with you. Search results often let us down with useless data and ads designed to make the search engine money, or to search political or other agendas.  The former National Security Agency contractor Edward Snowden has recently criticized companies like Google and Facebook for retaining too much information from users for far too long, and taking advantage of the information for their own good (selling advertisements). One of the most important issues on today´s Internet is that when you make a search, the results you get will be picked according to your previous searches, online shopping history, etc, which in practice means you don´t really have access to the whole web as an anonymous user, but you’re seeing what Google wants you to see, not an unbiased result.  Many users are getting wise to this and switching to private search engines like DuckDuckGo.  Regardless, search engines have their limits.

If you’re trying to investigate or verify someone in Russia, and you don’t speak, read and write Russian, you can forget about it.  You’re wasting your time and any findings you think you may have uncovered are unreliable.  Whether your subject of investigation is in Japan, Malaysia, Ghana, Romania, Russia or Brazil or Colombia, you will need someone from that country, who speaks the language.

Online public records in most countries are inexistent or outdated. Russia has an estimated population close to 137 million people. It is extremely hard to find out something about your girlfriend online when there could be a thousand Russian women with the same name, and when you don´t even speak the language. You will probably find a lot of ads –you might have not even noticed they are ads- offering instant checks with just a first and last name. But most of these services are worthless.  Local Russian investigators search records in the country directly with the appropriate agencies and have access you don’t.

After a suspicion of being scammed, people find it hard to trust anyone but themselves with such a task as investigating. Keep in mind that a useful investigation requires some professional skills and resources that technology can´t replace.   Consult a professional, and get real evidence.