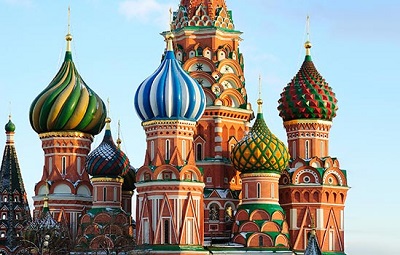 The use of deception and scams to make money at the expense of others is called fraud, and it is a criminal act.  With that said, it’s nothing new in Russia and Eastern Europe, and investigators in this region are well accustomed to investigating fraud cases.  Usually, investigators are called upon after the fraud has been committed, and the damage is done.  Moscow investigators say that the continued rise in scam cases in the Ukraine and Russia has caused an increase in the demand for background checks, as more businesses and individuals use the service to prevent scams.  Investigators say, this is precisely when background checks are most effective.  When properly used, a background is a risk management tool.

Scammers in Russia are technology savvy, and from this country also originate much of the worlds spam and computer viruses, and hackers.  These internet savvy crooks find their victims online in places like online dating, social networking sites, professional networking sites, and via false websites.  Companies often seek suppliers or business partners in Russia, but have no way to properly screen these business partners themselves due to the language and cultural barriers.  From citizens in developed countries to financial institutions, corporations and even police departments, no one is immune from scams and fraud.

Russia background checks are starting to be used more to minimize risk for clients around the world, say investigators.  Moscow detectives are seeing an increase in demand for background checks as individuals and companies try to avoid fraud, before they become a victim.  The media has done a good job at informing the public and there are plenty of stories on the internet about Russia scams and fraud.  Governments have tried to control internet fraud unsuccessfully, as one of the major problems law enforcement faces is the high rate of corruption in the countries where crimes are perpetrated. But it seems that whatever effort authorities make to prevent the rise in scams, the criminal are staying one step ahead, committing fraud day by day.

Police departments and Russian private investigators specializing in cyber forensics are working to combat corruption and teach financial institutions, tax administration, auditors, information and communication technology units, procurement and security organizations how to spot and avoid fraud.  Schools and universities are also an important target to educate about internet risks and prevention.  Lastly, investigators are emphasizing the need for background checks to be used when appropriate.

Investigators in Moscow, St. Petersburg and Kiev have witnessed criminals committing felonies and even murder after finding victims online.  Crimes can be racial, sexual or financially driven, including other modus operandi. Criminals gain the confidence of their targeted victims and then may even agree to meet in public places, where victims can disappear forever.  It turns out, that online is a dangerous world.

Experts recommend caution with relationships and new contacts in Russia and the Ukraine, whether it’s business or personal.  Especially for online relationships, be safe and consult a professional.