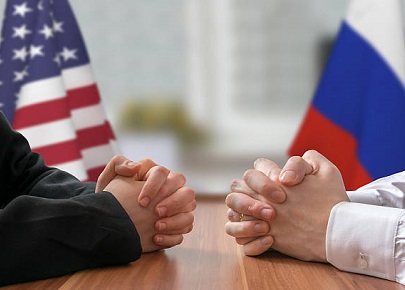 Historically the United States and Russia have had many political issues.  The relationship between both countries has had its ups and downs, but this might be one of the worst relationships since the Cold War ended. In a series of penalties from one country to the other, many people are being affected, including those with international business and personal relationships with Russians. With the increasing obstacles to travel and do business between the U.S. and Russia, investigators in Moscow alert people to be vigilant because fraud and scam cases tend to increase in such conditions.

The U.S. Embassy in Moscow has announced that it would temporarily stop issuing all nonimmigrant visas in Russia and it will sharply reduce other visa services due to Moscow’s order to cut American diplomatic staff in Russia. According to the Embassy, Russia’s decision to reduce the United States diplomatic presence calls into question the Russians seriousness about pursuing better relations between the countries.  Democratic and liberal political forces in the U.S. seem hell bent on propping up the Russia political story, credible or not, to inflict damage on the Trump Administration.  While this may be effective propaganda, it helps no one to have the U.S. and Russia as enemies.

Since 2015, things between Russia and the United States have been somewhat tense. The differences over how Russia handled the Syrian conflict by launching airstrikes in support of Bashar al-Assad’s government started to create friction in the relations. By the end of 2016, the tension increased with Obama’s administration accusing the Russian government of authorizing the cyberattacks that lead to the email leaks afflicting the Democratic National Committee and the Clinton campaign.

The problem created by the alleged Russian hacking during the 2016 presidential election has escalated to this point, where Russian citizens will (temporarily) be unable to obtain a visa to travel to the U.S. for work or tourism. And we all know there are expected consequences.

Given these conditions, experts in fraud and crime in Russia foresee that the black market will have an increase in the availability of fake visas and other resources for online scams.

It is also likely that dating scammers will also profit from the situation by being able to extend their scams for a greater period. Any plans of meeting an online date in person will be on hold until both countries are able to resolve their differences, and that can take quite a while!

In the meantime, it is very important to increase safety measures, whether your relationship with Russia is strictly professional and business, or personal. Conducting background check investigations in Russia will be the best way to reduce risks and avoid being a victim of fraud.