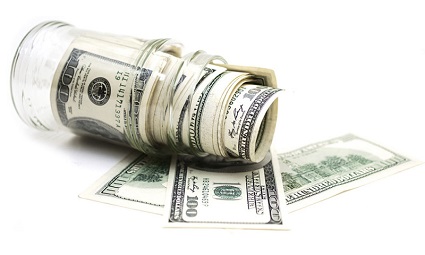 Charity has long been one of the main resources for scamming. Criminals have been requesting money posing as intermediaries of all kinds of causes, such as people going through hardship due to wars or natural disasters, kids with cancer or any other terrible disease, orphanages that lack resources, etc. For Russian internet scammers and scammers around the globe, there are always new stories, new victims, new disasters.  Even the Ukraine conflict has been used to steal money.

For society in general, giving is one of the greatest values of humankind. We see someone in need and react to that by offering help. Philanthropy, in a way, derives from this same concept. It refers to the desire to promote the welfare of others, expressed especially by the generous donation of money to good causes. Charity and philanthropy are part of the cultural fabric in America. It is the way in which people show support to victims of crime or violence, help abandoned animals get loving homes, help fight poverty in third world countries, and help those social entrepreneurs who are just trying to make this a better world. This last reason is what motivates crowdfunding.

A growing trend in fundraising

Crowdfunding sites are incredibly popular in America, and their use is expanding worldwide. In these sites, people donate money to social entrepreneurs, nonprofit organizations or just regular citizens who have a certain project they would like to develop, but they have no funds. Most people who have contributed to these projects do it because they promise a greater social benefit. Some have to do with science, like an investigation to develop a new vaccine for a known disease. Other projects have to do with arts, photography, technology. But they all have something in common, that is directly related to internet scam too: they all appeal to people´s emotions, and they need money!

Some of the projects promoted by crowdfunding are innovative and really worthwhile. But many of them never deliver their promise. Russian private investigators have reported several cases in the past months of Russian based criminals posing as start-ups, who have received funds for absurd or phony projects. Many times, these scams are amusing until people realize that they exist with the sole purpose of getting people to pledge money. And there is a good reason for that: if someone can raise fifty thousand dollars in a few days to make potato salad, why wouldn´t con artists try it!

Is crowd funding safe and secure?

One of the main questions that arises is: do crowdfunding sites screen projects or run at least a basic background check on the owners of these projects to ensure they are safe? The answer is no. Just as it happens with online dating sites, where Russian scammers are more than common, the website owners leave the whole responsibility to users. The argument is that contributing or sending money to a particular individual or company is a voluntary act, which implies that users know what they are doing. But isn´t this helping scammers by providing unsecure platforms where they can “do business”.  Formally screening those who lead fundraising campaigns should be part of their tasks too.

Since we cannot force them to change the rules, we share some tips with donators:

Donating and contributing can be great. Make sure you do it carefully!