Russian Scams Climb to the Top of Online Threats 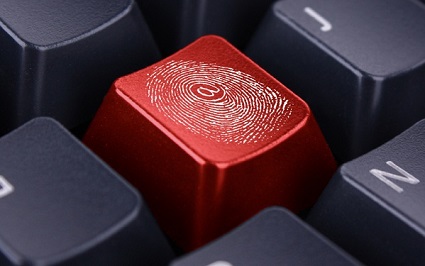 Russia and the Ukraine are the king and queen of cybercrime. As more and more people connect to the Internet, spend more time connected and register their work and daily activities online, the cybercrime business continues to thrive and bring big profit.  Sharing is exactly what criminals want, because the more information about you online, the easier it is to make you a victim.

The  2013 Norton Report revealed that despite the number of adults who have experienced cybercrime has decreased, the average cost per victim has risen. Russia is the country with greatest amount of victims (85% of the victims are from Russia), but the real business is not here. As the biggest worldwide hacker hub, Russia is only part of the testing process. After all, hackers have got to learn somewhere.  And the big money resides outside of Russian borders, where Russian hackers and scammers actively target victims in the United States, Canada, the U.K. and Australia.

Law enforcement and expert Russian investigators say that criminals use different methods, depending on their skill-set and their goal. Some of the different shapes that cybercrime can take are: identity theft, online dating scams, online fraud and cyber stalking or blackmail.

Who is being scammed the most?

The real target for Russian scammers is primarily the United States, where the amount of losses of consumer cybercrime in 2013 added up to $38 billion USD!  No small chunk of change!  There is little information regarding how much of the losses were caused by Russian cybercriminals, but it is widely known that Russia and Ukraine are responsible for a large portion of this.

When talking about online dating fraud, the U.S. embassy to Russia receives reports every single day from people concerned they’ve been scammed by a Russian while looking for love.

The U.K. follows as one of the biggest targets of online crime. Anti-Fraud Command Centre, shows that in 2012 consumers and business in the UK lost an estimated £27 billion to cybercrime.

What can you do about Russian cybercrime?

The highest skilled Russian criminals often go for the big fish: big companies who manage tons of data that can be sold like hot cakes on the black market.  Remember entering you full name, address and credit card information the last time you made a purchase at Home Depot or Walmart online?  What happened to Target can happen to any U.S. company, and no place is safe.

As a consumer there’s not much you can do about this, except to protect your data and provide it less. You can try shopping at reputable stores rather than unknown (both online and in-store), set low credit limits for the cards you use on daily transactions, and make sure you have some kind of fraud insurance. You´ll never know when Target or any other big store will get hit again with a large-scale cyber-attack from Russia.   The next time someone asks you for your email and personal data, ask yourself if it’s really necessary to provide it.  You might even provide false information.

For other types of cybercrime you can do have more control, because you’re the direct target. For instance, online romance scams. In the past few years, Russian and Ukrainian romance scams have become harmed millions of victims worldwide, leaving scam victims emotionally and financially devastated. For this kind of cybercrime you are 100% in control. So the best you can do is share less information online and get dating background checks when things get interesting.

Phishing is another of the specialties of Russian cyber criminals. Social networks were the top Phishing target in 2013, with nearly 36% of the overall volume. The reason why social networks are such a target is that people often show riskier behaviors in these networks. They feel comfortable with sharing and click on almost anything, especially when the link is coming from a dear friend. The great potential of social networking is propagation. If a person’s social presence is compromised, then their friends, families and any associated accounts (especially if they recycle passwords), such as email or even bank accounts, are likely to fall too.  Don´t click on the links that  seem suspicious.

When in doubt, speak to a professional about a background check.