Verify and Speak Out to Stop Scams Spreading in Russia 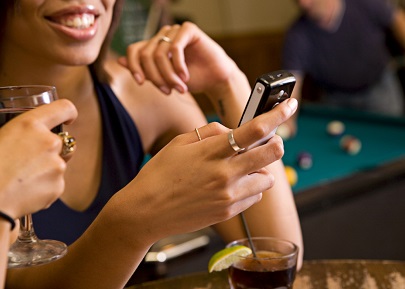 In the early days of online dating fraud, men used to be the greatest target.  Today, statistics reveal that both women and men are being victims to love fraud over the internet.  Although this problem has become viral and is an epidemic that can affect anyone regardless of their age, gender or where they come from, there is a difference regarding how victims deal with it.

According to research, the majority of male victims does not give part to authorities or talk about their experience with anyone, while women are more willing to report to authorities and let others know about their bad experience.  Speaking out is a great way to prevent future victims, but there are certain things to consider before posting the scammer´s information all over the web.

Private investigators in Russia have seen how hundreds of people get caught in extremely elaborate love fraud schemes.  Criminals are creative and anyone can be a victim.  The internet is full of information that may or may not be useful, so these are some of the tips that our experienced investigators have prepared for everyone who is suspicious of being involved with a Russian dating scammer:

Ideally, everyone who is starting to gain interest in someone they met online should hire a professional to conduct a dating background check investigation, especially before money is brought into the picture. Why? Because you will be one step ahead, and if the findings of the investigation are positive, then you will be able to continue with the relationship and have peace of mind. Unfortunately, most people wait to get an investigation until there have been several red flags and it is too late.

Verifying should be the first step always, whether you are in an early stage of the online relationship or whether you have already spotted red flags and have done your own investigation. The information that can be found online is not even near to being reliable.  From all online criminals around the world, Russians may be the best at hiding their tracks and becoming untraceable, but also at designing very elaborate schemes. Russian dating scammers have everything under control, they use information that will seem legitimate to anyone but a professional investigator, and they leave no lose ends. So finding a Russian scammer is not easy.   Verifying requires the skills and resources of a trained investigator in Moscow or St. Petersburg who speaks the language, with access to government records.

The other reason why verifying is important is because there are people who are victim to identity theft too, so appearing in a blacklist is not necessarily an indication of fraud, and it may greatly damage the victim. Before rampaging all over the web about this person whose name you saw in a blacklist, get professionals do the job and verify for you if he or she is real or not.

If you have real evidence that you have been a victim, report it to the authorities. Many people feel embarrassed or even frustrated because they feel like the police won´t do anything about it. The truth is the police won´t work on trying to get your money back (which is why prevention is key!), but they will work on finding the perpetrators in some cases. Most of the Russian dating scammers belong to a mafia ring, and you won´t see results in the short run. But authorities will work on finding the criminals if they become aware of serious damage being done.  Not reporting allows the criminals to continue working on their fraud without having to worry of getting caught.

As mentioned before, not all the information on the internet is reliable enough to be considered evidence. However, if you were a victim and you now know it for a fact, speak out. Your experience can help others identify red flags and take greater precaution.