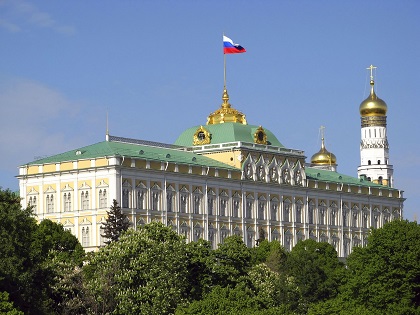 The recent scam involving 25 Russian diplomats and their two-dozen spouses who drew Medicaid income in New York by lying about their income cost taxpayers $1.5 million in benefits, says The New York Post.   Private investigators in Moscow say the complexity of the case is nothing new.

One of the couples in particular may have told the government that their monthly income was only approximately $3,000 – which would’ve totaled a mere $36,000 per year. However, when they applied for a credit card, they revealed on their credit card application that their actual income was closer to $8,333 per month, which would’ve brought their annual income closer to $100,000 per year.

That same family spent well beyond the $31,000 in Medicaid money that they shouldn’t have received, reportedly spending $50,000 on purchases from the Apple Store, Prada, Tiffany’s and other stores.

The overall fraud lasted for nearly a decade, and although Russia is denying the alleged actions of the diplomats, the case is causing plenty of controversy due to the manner that it has exposed the fissures in the Medicaid system.  Private investigators in Moscow urge due diligence and background checks for all relationships, business or personal, that have ties to Russia due to the high risk.

Russia, meanwhile, is upset with the United States for publicly exposing the charges.

The complex thefts of credit and debit card numbers

It isn’t only scams like the one perpetrated in the Medicaid fraud case that has been attributed to Russian nationals. Four of them, along with a Ukrainian, were charged in a ring of reported credit card thieves who allegedly stole 160 million credit and debit card numbers from more than 12 companies – a theft that cost more than $200 million in losses.  Hackers are now  serious threat.

In order to pull of this thievery, the hackers used a systematic way of working that allowed separate people to perform different tasks. One person might have hosted the Web server while another would have been assigned to use their developer skills to actually break into the network and steal the data.

Of course, hacking and credit card theft, and identity theft are just a few examples of the fraud types that investigators see.  From high end art theft and forgery, to the most twisted romance and marriage scams you can image, Russian scammers are good at what they do.

© Copyright 2014 Russia PI.  All Rights Reserved.  This content is the property of Russia PI, LLC and is protected by United States and international copyright laws.