Surveillance in Moscow: A Powerful Tool to Detect Infidelity 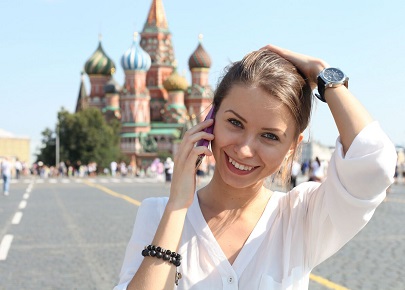 It’s hard to know what happens in a person’s life when they are separated by thousands of miles. The cases of surveillance in Moscow are pretty common for Russia PI investigators due to the frequency of long-distance relationships with foreigners. However, the circumstances that the pandemic measures created – forced lockdowns, lack of liberty, travel bans and financial limitations, as well as strict government controls and surveillance, have increased the need for surveillance services. Not only have couples been forced to stay apart for long periods, but also new online relationships have flourished more than ever. In this context, infidelity is one of the most expected concerns.

When to consider surveillance?

If you are dealing with an internet or long-distance relationship with someone from Russia, the risk of romance fraud is high. Private detectives in Moscow have seen thousands of cases where the subject of the investigation was married or in a relationship with a local person, and they were just keeping the internet romance for financial gain.

During the last year and a half, the cases of Russian spouses who returned temporarily to their home country to see their families and have postponed a return date have increased exponentially. Many of these cases were initially excused by travel limitations, however a good portion is related to infidelity.

Not only is it a matter of dignity, infidelity cases carry along financial issues and even families are torn apart, especially when children are involved. Uncovering an infidel spouse can be crucial in a divorce process, it can save people in online relationships a lot of expenses in traveling and financial assistance, and it brings peace of mind to those who need to move on.

Surveillance will help you have a better idea of your partner’s whereabouts, living situation and relationship status. Infidelity is not the only way in which someone can be dishonest. In many cases of romance fraud, women are not seeing other men but are lying about their financial status. They take advantage of the thousands of miles that separate them from their partners and make up stories of hardship to cash in on their victims’ hard-earned money. If you have evidence, then you can be one step ahead.

How to hire the right investigators?

Hiring trained professionals is key to success. There is no space for mistakes in surveillance, as the wrong people can tip off the subject and ruin the whole operation. Surveillance cannot be wrongfully done once and then fixed, it’s a delicate situation that needs to be done right the first time. Expert investigators in Moscow will have a full knowledge of the area, roads, public transportation systems, language, laws and everything needed to keep a track of the subject and not compromise the investigation.

If you suspect infidelity, or simply want to have peace of mind, contact Russia PI for a surveillance quote in Moscow.  Getting clear evidence is what we do.