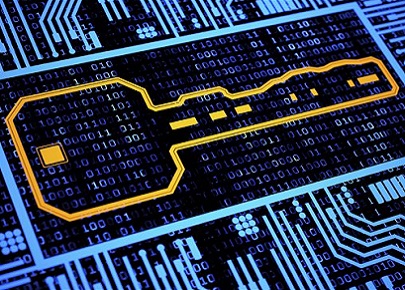 Although the mere title of this article might sound sarcastic, it is not. While the rest of the world fears Russian hackers, the Russian government is announcing a project to protect their information from foreign hackers. Did you know the Kremlin uses typewriters to avoid the NSA?  President Vladimir Putin said a few days ago that Russia has a plan to secure the Russian part of the internet, meaning the domains ending in .ru and .rf. that are used by all national government organizations.

Russians, as well as every other government in the world, are pretty aware that information is the most valuable asset that anyone can have and it is key to power and domination. Therefore, it is logical that their plans of building a fortress around their information respond to the recent tension between the East and West.   Russians are also believed to be behind many serious hacking jobs into the United States, most recently the JPMorgan hacking incident, so there is a kind of data war going on, and the new battlefield is the Internet.  Russia is taking serious steps to protect itself.

No one outside of the government intelligence agencies knows for sure if the rising tension between Russia and the West is serious or a minor distraction.  The information that Edward Snowden has slipped to the Russian government has definitely made the confrontation even bigger, and the Kremlin takes threats seriously.   Keeping secret and confidential information secure is extremely important. The strategy is clearly to tighten its grip over the Internet and media at home to better fight what officials are calling an “information war” with its adversaries.  Russia just happens to be a country with a highly skilled technical population who might have the advantage in these games.

According to Putin´s statement, Russia is not intending to use the internet to isolate Russian people or for political or military goals. The one and only objective of the project is to protect the country in case of an emergency, and he also states information security is a priority for the country.

However, for the rest of the world, his statement is confusing. Information security is now a global issue, and it is no secret that the information criminals –hackers – are often Russian. Many innocent people in the United States have suffered in the last few months the consequences of Russian criminals hacking some of the major websites and stealing consumer data such as credit cards, etc.

The most recent news from the data breaches that took place in 2014 revealed that the information of more than 76 million households was compromised in the cyber-attack against J.P. Morgan.   This is the equivalent of 65% of all U.S. households.  But the damage goes further than that. Hackers had already stolen the information of 110 million accounts from the retailer Target in late 2013. So when trying to discuss about information security and “information war”, it is inevitable to think that the war started since late last year and has been going on during the whole 2014. Where is all this information going? What would it be used for? Nobody really knows , but it is valuable.

The truth is that the Russian government seems to be very diligent about protecting their information, but the greatest criminals in this field are Russian and the authorities are not taking any action to collaborate with the rest of the world in ending this.  The Obama administration seems to have no idea how to protect U.S. citizens and U.S. companies, and there have been almost no comments on how the U.S. government plans to protect the country, the economy and private citizens.  With the track record on Obamacare and healthcare.gov, it’s likely Obama has no idea what to do!

For regular citizens, the options to protect themselves from this information war is to take all the possible steps to remain as anonymous as possible. Keeping an online life to a minimum and making sure you share less with companies and the government.  No data is safe, period.  So the idea is to share less and when forced to provide data, consider providing false data to keep you and your family members safe.   Running background checks to verify any Russian relationship, including online romances and business connections, is also important keep private information safe. People need to learn how to make a better use of the internet, and keep their data private.