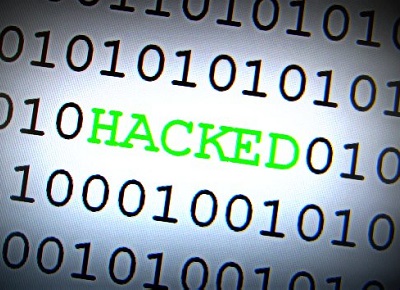 You have probably read a lot in the news lately about cyber-attacks in which the perpetrators have been Russian criminals. The extent of the powerful hacking skills of some Russians is still unknown, but it is known that there are mafia rings who are certainly dangerous, and their reach and threat is becoming more of a concern each day.  Proof of this is that they were able to obtain over a billion emails and passwords, giving them the power to get very sensitive information. Although some of their activities are being mediatized, many other things might not be publicly known and there is so much information that criminals might know and control, and authorities haven´t spotted them yet.

Companies around the world are now coming to realize that a Russian cyber-attack is a major risk, and many are taking action to prevent or minimize the losses. However, as individuals we have a long way to go regarding the protection of our personal information, our data and our money.

One of the most profitable businesses for the Russian online gangs is the romance scam. Granted, cyber attacks hit thousands, millions or –like the last known case – billions of people. But love scams are not as traceable and they target victims worldwide for cash, straight from the source.  Victims are left devastated, often emotionally and financially ruined once they learn the truth.

Establishing a “trustworthy” relationship takes a Russsian scammer a few minutes a day. The mafia ring they belong to has probably provided them with a list of potential victims, or they have learned how to identify where the money is. While victims think they are having a deep conversation with a lovely Russian lady, the scammer is having several chat conversations at the same time and duping people out of their money for whatever excuse they have.  And, Russians are experts.

There is a big difference though between Russian love scammers and others. As Russian private investigators, we have seen that for other love scammers in the world the goal is to get some money and then move forward to a new victim. However, Russian romance scammers are smart, they pick their targets carefully, know every detail and set up the most believable stories. By the time the victim finds out about the scam, they may have even travelled to Russia. This fact is important because they have not only managed to lie up to the moment when the victim travels, they have also managed to maintain the lie even after the victim travelled and couldn´t find their “true love”.   In many cases, the scammer never asks for money, but victims see their bank accounts drained regardless through sophisticated hacking and other viruses installed on your computer to get your passwords.

The figures lost to romance scams are unbelievable and difficult to estimate. Victims in many cases have supported financially their online dating partner for years, they have paid for expensive gifts and lost all their savings to the promise of a better future with a Russian lady or gentleman.  Nearly 90% of victims never report the crime, so the true financial losses will never be known.

Russia PI investigators have found that even when love scams are all over the web and the news, the rate of victims and the amounts lost to this type of fraud continue growing. Just the same as corporations need to get employees and investments screened, individuals need to get dating background checks and protect their personal information online and offline.

Making a good use of the Internet is important. Don´t give out too much information about yourself to people you have just met.  Remember what goes online or over the Internet is difficult to erase or take back, and often can fall into the wrong hands.  Always verify new contacts.

You never know who´s on the other side of the Internet!