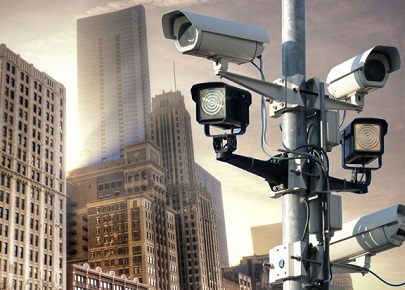 Lots of people nowadays have come to agree that the mere fact of being online is an acceptance of having a public digital life. Even worse is the fact that many think that the loss of privacy is just part of modernity, something that is inevitable if we want to live in peace as an online society. But the truth is there is plenty to talk and do about privacy these days. Russian investigators have been alerting about serious privacy risks, including the existence of the data black market and other recent events that are contributing to a popular belief that the battle for privacy is lost.  Did you know that law enforcement regularly deals with cases involving blackmail, harassment, burglary, assault, identity theft, scams and fraud, and even abduction, rape and homicide which all result from loss of privacy?  Make no mistake, the loss of private is serious business and presents serious risk.

How do people search and other sites violating your privacy get away with it?  Governments and elected officials are corrupt and under the control of lobbyist from major players like Facebook, Google and data brokers who violate your privacy for profit.  Opting out is simply not an option.

Often, people refer to those who claim for their privacy as fools who are not aware of the magnitude of their opponents. And although it may be true that an individual would probably not be able to fight against big internet companies that store, share or sell your personal data, or against government agencies that spy on their citizens, or even against Russian hackers that are lurking for prey, it is possible to have a private digital life. Or at least private enough for the majority of people who are just trying to get their job done, get in touch with a friend and read the news online.

One of the first things that need to be said is that privacy is not an enemy of safety. For a long time, people have been misinformed, and the concept of privacy has been so manipulated that people believe that privacy allows criminals to hide. Very often people will say that those who have nothing to hide should not be worried about being the object of official or non-official surveillance. But nothing is further from the truth. What is known about you can and likely will be used against you.  Information is power, and power falls into the wrong hands on a daily basis.  Ever wonder why Facebook likes you to share everything, about what you do, where you go, and who your friends are?

All information about you is valuable and for sale.  Start protecting it.

The recent events of the Germanwings plane crash created a revolution online again of privacy vs security. But again, people are fighting the wrong war. Protecting privacy does not diminish safety. Privacy protection should not be measured by one event only.  Privacy means the right to keep personal what is personal, private what is private and public what is public, and people should not give up on that for the sake of safety. Most of the actions taken by governments to control and spy on people are not really designed to prevent terrorism or crime, but rather to monitor normal citizens.

Russian investigators say there are simple ways to keep your digital life as private as possible. Start by using search engines that will not track all of your moves like DuckDuckGo. Most web browsers have an incognito mode, which allows surfing the web anonymously. Do not share personal information like address and date of birth on any social media site, and turn your GPS off.  Pay in cash and never provide your real email address, address, date of birth or phone number if possible.

Do not accept infiltration into your personal privacy as a way of life!