Locating Relatives and Friends in Russia: A Task for Investigators 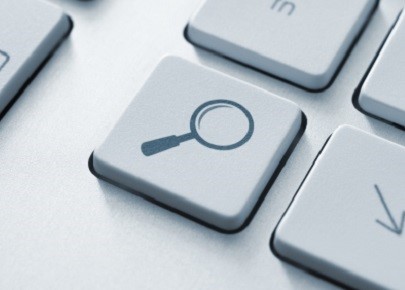 Private investigators in Russia often work with cases that go beyond a dating background check in Moscow. Many of the inquiries we receive at Russia PI have to do with verifying the identity of people for online dating purposes, but not everything is deceit, fraud or scam in the investigation world. Although Russia is one of the highest risk countries for fraud, our team receives many cases related to finding a friend or relative with whom contact was lost long ago. So while we do have to investigate fraud in the deepest organized crime, but other times we bring families together.

Do you need to locate a missing family member or a person from your past in Russia?  These are some of the most common situations where a Russian investigator will be able to help:

In past decades, many foreigners adopted children in Russia. Due to political and economic crisis, wars and other problems, it was not uncommon to find Russian children being adopted by American citizens or people from other countries. This situation lead many of these children to try to search their biological parents years later, and it continues to be one of the main reasons why people contact Russia PI. Locating someone in such a big country is no easy task, especially because in most of the cases the information children have about their biological parents is limited.  In Russia, public records are often nonexistent or need to be searched manually.  Government records require access and know-how. However, it is still worth the effort. Some of our clients have been able to find reconciliation or gather with their family, and others have found closure to the story where they come from.

Another interesting thing that happened in the middle of the Cold War was that the former Soviet Union sponsored many scholarships for foreigners. Thousands of foreigners were able to go to a university in Russia, they made friends, met many people and then went back to their home countries. Some of the requests to locate people in Russia are related to people who left the country and after many years are trying to locate someone they care for or still love, but they had lost contact with.

Sometimes people just go missing without any apparent reason. The police and other authorities do not get involved with finding people who voluntarily left home. However, people still want to find their long loved ones. For private investigators, these cases are challenging, but most of the times comforting. A local investigator can access local records, public and government databases, conduct an investigation where the missing person may have been last seen or perhaps where clues indicate he or she might be, and uncover evidence that most individuals can’t.

An important thing when trying to locate someone is that internet in most cases won´t be enough. Social networks sometimes give people a clue, especially when it comes to finding someone with whom they´ve lost contact a long time ago. But it won´t help much for those who voluntarily ran away or mysteriously disappeared. Investigators in Russia can utilize their skills and follow up on any leads.  If you need to locate someone in Russia, you will need a trained private investigator on the ground in Moscow, Russia who has access to national public and government records.

Ask our investigators for advice in case you need to locate someone in Russia!  We will be glad to help.  Not sure if you have enough information to go on?  Get a free quote today.