How to Find Someone in Russia: A Task for Investigators 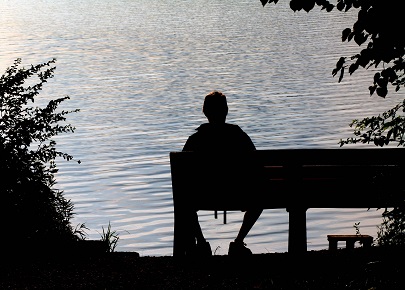 Private investigators in Russia often work with complex cases, from online romance scams to missing people. There are many circumstances in life which separate people and thousands of reasons why they would like to reunite. Some people just go missing suddenly during a trip or during a regular day which was supposed to run normally. Sometimes people who have met online and have fallen in love get apart, without any explanations or apparent reasons. Fortunately, local private investigators in Russia can help people who are going through this situation get peace of mind.

Cases vary a lot, and the police will not always have time to help. Romance cases are the perfect example. In today´s world it is easy to meet people from other countries. Russians are very popular amongst online dating sites and every year thousands of men fall in love with a Russian. Some of them lose contact at some point and want to locate their love. The police won´t help in these cases, but a local private investigator will. These cases require a prior step due to the high risk of fraud in Russia.

Many people try looking for themselves, but the truth is that locating someone is complicated, especially when it is in a country where a different language is spoken and where public records are not available to everyone.   Russia is far from transparent, so it can be nearly impossible to find a missing person or locate someone if you are not from Russia, and don’t have resources or training.

Many people travelled to the former Soviet Union during the Cold War to study. During that time,  Russian scholarships were used as a political statement and a way to try to gain power. Thousands of foreigners studied and started a life in Russia, they met people, some of them got married or had children and then returned to their country. Private detectives in Moscow say they find a lot of people who were separated by the circumstances of the Cold War and have been looking for someone for years with no luck. Russia is a place where people still disappear due to political conflicts.

Some people have recently decided they want to go for the search of someone they haven´t seen for long or they actually never met, including children –now adults- who were adopted by foreign families and are now trying to find their Russian biological parents.  These are also cases of the heart, where although they might be of extreme importance to the person, the police can´t help or don’t have time. These cases are also a task for international investigators with investigators in Russia.

There are also cases where people go missing, and no one has any news of their whereabouts and the situation indicates that the person didn´t go missing voluntarily, but rather something happened to them. It is common to find that family members contact a private investigator when they have come to an end point where the trail runs cold. But many things could have happened and it is better to contact a professional investigation firm as soon as possible, before the trail runs cold.

Time is essential here and you need to know what to do in order to find the missing person. When trying to locate someone, the first thing that comes to mind is calling the authorities. The police will surely take care of people who for an unknown reason have gone missing, so this is definitely a good step 1 for these cases. But the police have limited resources, they can´t look for long and sometimes cases take longer than the police can afford. Contacting a local private investigator in Russia from the beginning is a good idea because they can support authorities and if needed they can stay longer and continue the search. A local investigator will help with real and fast answers. A missing person investigation should be started as soon as family start feeling uneasy about the person´s whereabouts.