How the Russia-Ukraine Conflict Will Affect Business 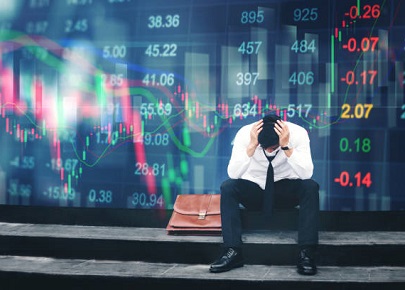 New sanctions have been imposed on Russia as a result of its invasion of Ukraine. The first countries to react were the U.S. and the U.K., but the European Union, Japan, Australia, New Zealand, and Taiwan have also issued sanctions against Moscow, criticizing the military intervention.  Russia has argued for years that moving troops and NATO forces to its border and neighboring Ukraine was a provocation, and red lines were crossed.  Those warnings were ignored by the West, and Russia has retaliated in a horrific way.

The sanctions are directed at Russia’s banking, energy, and transportation sectors, with hopes to create an impact that will compel Russian President Vladimir Putin to back off.

Russia is already paying a price for its aggression, with the country’s stock market and currency plummeting this week following Putin’s decision to send soldiers into eastern Ukraine.  Now, both Russian and Ukrainian citizens are paying the price.

Some Russian people and financial entities have had their assets frozen, and shipments to Russian military organizations have been prohibited by several countries. Cutting trade and imposing travel bans have also been part of the measures taken by country leaders.

Sanctions over Russia have been imposed in the past too. Regardless of the efficiency of such measures, businesspeople need to know how to deal with the problems that will arise from the conflict. The war in Ukraine is causing stock market volatility, and the price of oil has risen to more than $100 per barrel, threatening higher energy costs worldwide.

Supply disruptions are expected as well, especially in the food industry, as Russia and Ukraine together account for a third of the world’s wheat exports and a fifth of its corn trade. Thousands of companies worldwide will be left without suppliers, buyers, or chances of importing the commodities they already purchased.

Expert private investigators in Russia and the Ukraine say that this type of turmoil is fertile soil for fraudsters too. When companies that did business with Russia and the Ukraine are forced to search for new providers from one day to another, or to look for ways to mitigate the impact of export blocks, rising energy prices, etc., the chances of falling prey to fraud and scams increases exponentially.

Solving the political conflict is out of the hands of business owners, and therefore there is little that can be done in regard to dodging the direct impact of the war. However, it is important to remain vigilant of those who will take advantage of the confusion and the desperate desire of many to remain afloat.

It is more important than ever to be sure that the companies you deal with are legitimate and trustworthy. This is not the time to start a business deal without conducting the proper international due diligence, as no one can afford more losses. Make sure your business safety protocols are in place and being followed by everyone, and hire professional investigation help when necessary.  As the Russian conflict with Ukraine comes to an end, and it will at some point, businesses will emerge again trying to rebuild and survive.  Verifying those new business contacts will be critical to protecting investments and keeping your company safe in both Ukraine and Russia.

If you are on the lookout for alternative suppliers in other countries to replace Russia or Ukraine, or investment opportunities to mitigate the impact of the war on your business, contact our professional investigators to verify your new options.