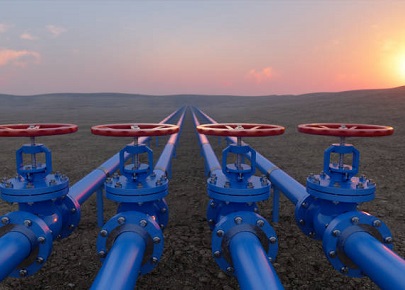 Legitimate businesses and entrepreneurs in Europe are battling to stay profitable and overcome obstacles as the economic crisis worsens. European economy is largely reliant on Russian gas and is sliding toward a recession due to Russia restricting natural gas supplies to the region and the industry being subjected to strict rationing.

The Russian gas giant Gazprom announced that flows would be restricted once more, allegedly for the maintenance of a turbine along the pipeline, however this announcement has met with skepticism and outrage. The situation places Europe in a precarious position, as European countries struggle with escalating prices, the conflict in Ukraine, and a supply chain that was already having issues as a result of the Covid-19 outbreak and the measures taken to prevent it from spreading. Obviously in the event of a shortage, gas for private homes and critical infrastructure such as hospitals is priority, which means industries will be the most affected.

Gas is one of the weapons Russia can use against Europe in response to the sanctions imposed for their war against Ukraine. Until recently, about 45 percent of Europe’s yearly gas supplies came from Russia, but despite the attempts to find alternatives it is very unlikely the continent will be able to do so in a timely manner.

The incoming recession will not affect European companies only, as we already know very well how the domino effect works in a highly globalized business environment. Even entire governments are having to remake plans on the go, either because they are unable maintain business with Russia due to the sanctions, or because they fear being subject to the sanctions themselves; just like the Philippine government who canceled a contract to buy Russian military transport helicopters due to worries of possible U.S. sanctions.

The scenario is grim but there is nothing left to do than to adjust to the circumstances. In many cases this will mean finding new or alternative business partners, providers, or even having to move to a new business line. In this context it is hard to decide where to invest in safely and who to avoid. The task of screening businesses and investments can present a major and intimidating problem for international investors wishing to invest in these conflicting times, particularly in the high-risk region of Eastern Europe and Russia. The need for due diligence and background check investigations in Russia and Europe can be daunting without a strategic local partner.

Despite the situation, Russia PI has been able to maintain regular operation in Russia and Ukraine, helping companies and business with deals in these countries remain safe and on track. Gas rationing is just one of the tactics used to win this particular arm-wrestle, but there might be more coming that will induce greater changes in the business landscape. If you want to be safe and prepared, make sure you are dealing with the best business partners that can and will support you. Don’t forget that a proper due diligence investigation is your key to fair, safe and long-lasting business relationships.