Fighting Terrorism Online is a Top Priority in Russia 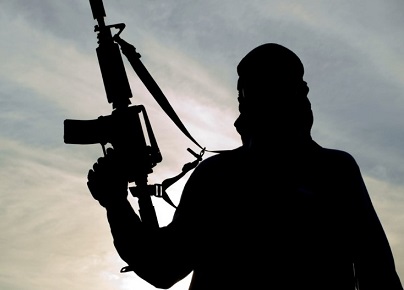 All of the most powerful nations in the world have activated their security protocols due to the recent terrorist attacks in France and in the United States. Russia is at this time one of the main protagonists in the fight against radical extremist groups, specifically against ISIS.  However, Russian private investigators say there is still a lot of work to do in the fight against terrorism online.

The world has been expecting the most developed countries to work coordinated against terrorists. It has been very hard under the current circumstances, considering the different interests of the nations, to get to an agreement about how to end with the threat of the Islamic State. However, Russian President Vladimir Putin and the U.S. Secretary of State held a meeting to discuss how to join efforts to defeat this radical Muslim terrorist group.

No one really knows what is being agreed to in the private meetings that nation leaders are having. But what is really obvious is that there is little being done in terms of international collaboration regarding terrorism in the digital world. If there is one thing that is helping terrorists spread throughout the world, it is the internet.  Terrorist use the anonymity of the internet to their advantage.

Some recent investigations reveal that the attackers at the massacre in San Bernardino in California had openly posted their opinions online about jihad, and how they supported the cause of ISIS.   The U.S. government didn’t even check this in their so-called background check process during the visa process. They had made little efforts to hide their affiliation online, and yet they easily passed three background checks by American immigration officials and were able to enter the United States without any trouble. Needless to say the U.S. should start considering real investigations to verify people.

Countries are paying little to no attention about what is really going on online.  Real background checks cannot be conducted only by searching on a database for criminal records. There is a lot of information that can be revealed by a person´s interaction online, and all this information is being overlooked when it is needed the most. Mass surveillance has been imposed to monitor regular, law-abiding citizens, depriving them of their privacy rights, while in the very important occasions (like when a terrorist is  trying to enter a country) there is no one taking a closer look.  Politicians are unfortunately concerned most about money and votes, that is how to get richer and how to buy votes.

The digital world has no boundaries. International cooperation for the control of terrorism online is a must. Everyone needs to cooperate, because there is no national sovereignty online.

Terrorists are giving the internet a better use than authorities do. Just the same as hackers and Russian online romance scammers get away with their crimes, terrorists have a better understanding of how to use the internet in their favor than the security officials of the countries do. Terrorists have been spreading their dogma, planning their attacks and even celebrating them online, while the rest of the world stands still. A tweet after the San Bernardino attacks showed how easily radicals can stay connected, and how Silicon Valley’s efforts to crack down on the use by terrorists of social media has been toothless.  So Big Brother is monitoring you, but not Muslim terrorists?

Fighting terrorism online and using the right tools to screen people with suspicious behaviors is a task that protagonist countries like the U.S. and Russia should take seriously.