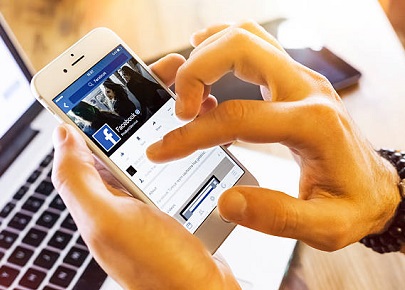 Facebook’s handling of personal data was and continue to be a disgrace.  After all, profiting from your private information is their business model.  The more you share, the more you information is collected, sold, shared and used to make Facebook a profit, regardless of what you think.

The most recent crisis that raised the concerns of privacy advocates, media, authorities and users in 2018 in regards to data harvesting allegations is just one of many privacy issues that company has had to deal with. The company has a history of running afoul of regulators all over the world and then offering a public apology, all the while collecting record profits. Their poor handling of personal data cannot be regarded as a mistake anymore, but as a planned strategy to make more profits. After all, promises and apologies have been enough to quiet everyone down only to continue their unethical practices.  If we were to post this article on Facebook, it might even be flagged as ‘untrustworthy’ or ‘fake news’.  But their global propaganda machine and silencing of opposing views is another story!

The first privacy related issue that Facebook had to face was in 2007, only three years after it was founded. At the time, companies could track purchases by Facebook users and then notify their friends of what had been bought without any user consent. Since then, a long list of violations have increased the list year by year, and yet Facebook remains in business and is still growing.

According to a settlement with the Federal Trade Commission in the United States, Facebook has to undergo an independent privacy evaluation every other year . However, this has not stopped the company’s innovation department from developing features and tools that come at the expense of consumer privacy. Several other countries like Belgium have worked on regulations to help protect their citizens from Facebook’s intrusive techniques without much success.

What can users do to protect themselves?

By now, it seems to be clear that none of the measures taken by authorities worldwide have been sufficient to protect users. Russian private investigators and privacy experts advise people to take their own steps into protecting their personal data.  If you still use a Facebook account despite all the risks, make sure none of your personal data is available publicly – or privately. Privacy settings are not a guarantee, the information you think is private may be hacked, breached or simply your settings might not be respected at all, so the best option is to keep the posts and shares impersonal.   Sharing less online, especially Facebook, is the safest approach you and your family can have.

Never accept invitations from strangers. Facebook’s approach to fake accounts is not the best. Instead of taking action themselves, Facebook has relied on users’ reports about fake accounts, which is a slow and ineffective process. Anyone can create a fake account and have access to your private data if you consent. When you accept a friend request from a stranger you can easily be a victim of blackmail, identity theft, romance scam cases or other types of fraud and financial loss.

Be careful with third party apps. It is certainly easier to just use your Facebook account to log in to any other app that you want to use, instead of going through the process of creating a new account for each app. But doing this will also give apps permission to access data in your personal Facebook profile that you may want to keep private. Facebook will remain developing new things, buying other companies and expanding. Protect yourself and be prepared ahead of time by avoiding apps when they aren’t truly needed, or when you’re not sure if they can be trusted.  The fewer ‘apps’, the better.

© Copyright 2018 Russia PI.  All Rights Reserved.  This content is the property of Russia PI, LLC and is protected by United States of America and international copyright laws.