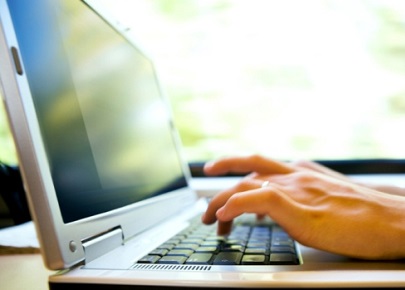 Extortion has been a very profitable crime since long ago. Millions of people throughout history have been tortured for a lifetime by someone who knew a little more than they should. Victims have been maintaining this profitable and immoral business for centuries by giving in and responding to the criminals’ demands in exchange for silence. So what has changed now? Russian private investigators explain some of the reasons why extortion is moving into a new era.

Large scale attacks to big retailers in the U.S. and government agencies have proven that extortion is now a business of millions. In July 2015 in the United States, the Barack Hussein Obama administration revealed that 21.5 million people were swept up in a colossal breach of government computer systems that was far more damaging than initially thought.  Every person given a government background check for the last 15 years was probably affected, as stated by the Office of Personnel Management. This theft only included sensitive information like Social Security numbers, addresses, health and financial history and other private information of close to twenty million people. According to investigators from the Russia PI team, all this information ends in the digital black market, where criminals buy it in order to use it for extortion and other crimes.  For those about to sign up for the so-called Affordable Care Act, a.k.a. Obamacare, one can only hope their information isn’t hacked.

Cyber extortion is being conducted by strangers

Forget about the neighbor who threatened to let a wife know her husband was cheating on her. The new blackmail is not even conducted by people who know each other. It is being held remotely online by people who can access other people´s computers, or as mentioned before, by hackers who can attack companies and websites and obtain personal information out of there. A few days after the Ashley Madison hack, victims were already reporting being blackmailed by criminals!

Cyber extortion is not about “important people” anymore

There was a time when cyber extortion was targeted on those who could pay the most, and had the most to lose: politicians and celebrities. Although there are still cases of celebrities, politicians and big business people being blackmailed, hackers know that the future is to extend this practice to common people. We all know of cases where prominent politicians have been embarrassed by photos of them in a state of undress. It is easy to picture the same situation with someone who is extorted by a cybercriminal who has a photo and simply threatens to release it. Most of the new victims of cyber extortion have not done anything wrong or anything to be ashamed of, but criminals will find a way to use the information they have against you.  Sharing is not always a good idea.

What to do about it?

Cyber extortion will continue growing as hackers take advantage of the dark web and anonymous transactions online.  Hackers continue to professionalize and find new targets. Financially motivated cybercrime is only going to get worse as we move into 2016.

It is hard to avoid being a victim when many of the attacks are targeted to big companies or agencies that hold our information. We are no longer under control. However, we can do our part in preventing being a victim of extortion. Private detectives in Russia say that many of the cases of extortion being investigated in this country start with an online relationship. Criminals in Russia target thousands of foreigners each year by using social media or dating websites to contact their victims and obtain their information. According to experts, online threats will evolve to rely more on mastering the psychology behind each scheme than mastering the technical aspects of the operation. Attackers will continue to use fear as a major component.  Protecting your privacy is more important than ever.

The best way to prevent being a victim is to share as little information as possible, to use false or incomplete information in your social media and dating profiles, and whenever you meet someone new get a background check investigation to make sure this is someone you can trust.