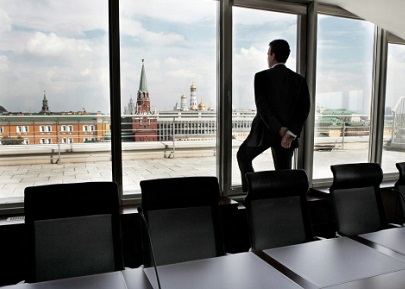 Forbes has released the results of the annual ranking of the world´s most powerful people, choosing Vladimir Putin as the number one. Not everybody likes him, or the fact that he is so powerful, but there is no way to deny Putin´s power.  Obama has had no luck controlling or influencing him.  Regardless of Putin himself, the selection of such an important magazine in the business world is in fact a statement. It really means that Russia, as a country, is also gaining strength and notoriety in the business world due to its resources.  It is, at the end, the country itself that gives Putin his power as a leader.

The largest country in the world has been transforming into a modern economy and the investment opportunities are blooming. Russia has overcome from being completely out of the map in terms of foreign trade, to becoming a very attractive destination for investors and entrepreneurs. The great metropolitan cities of Moscow and St Petersburg continue to grow and develop, as consumers evolve into a sophisticated capitalism. After all, Russia holds one of the biggest markets in the world. A brighter economic future is rising from the horizon, but it is not free from risk.

According to the released Doing Business Report from the World Bank, Russia is one of the few countries that moved up in the rankings, changing from position 64 out of 189 economies, to position 62, which in practical terms means not only that it has improved its own performance from last year, but that it has surpassed another 127 economies. The country’s population of 144 million is reason enough to attract foreign business, but there are other factors that persuade investors, like its entry into the World Trade Organization.  Russia is moving to a Western model and it is the “R” in BRICs.

However, many of the fears of doing business in Russia still prevail. The political situation and the tension created with its neighbors, especially the Ukraine, makes some investors hold back. Some recent data disseminated by the media has linked the Russian government with the most recent cyber security  breaches, something every company fears. After all, Russia is famous for giving birth to the largest cybercrime networks.  In computers and technology, Russians are known for their skills.

These factors combined make Russia a high fraud risk nation despite the efforts that the government and the local companies have been doing on the inside, which includes a plan to secure Russian information from foreign hackers, something that the U.S. government has not done.

Russian private investigators, who know the culture and speak the language, are more valuable than ever when it comes to obtaining proper information and reducing risk. Corporate investigations, like due diligence or company verifications, are often the difference between fructiferous business relations and failure. A professional investigation will provide the information you need to decide whether your Russian business partner or the company you are investing in is trustworthy. Having the right information may save you from lawsuits and financial loss, and ensures that other people do not take advantage of your company. Evidence is also key to finding new opportunities and helps you recognize whether a potential business merger or any new deal makes sense.

Company verifications and due diligence in Russia should be taken seriously in order to avoid fraud and scams, and they should be performed by experienced people who can go further than the web, who can find hidden data that companies may not be willing to share and who can uncover the truth. Corporate information that can be found online or in public data bases might not be enough to protect your investment.  Experts on the ground in Moscow and St. Petersburg can obtain the evidence you need, checking local records, verifying ownership, operations and reputation, and more.

Contact us today and ask about our Russia due diligence services!