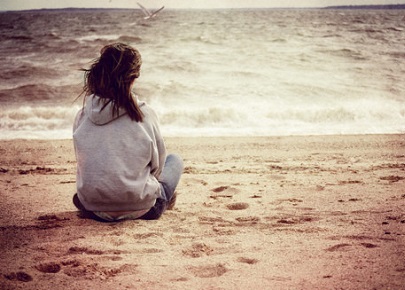 The unscrupulous or psychopaths who lack empathy for their victims have been posing as other people long before computers were invented.  However, the Internet anonymity has made it easier for scammers to pretend to be someone they are not. In this scenario, Russia has a major role.

For thousands of people each year, the search for love online ends not just with a broken heart, but also with an empty bank account, shame and a lot of other serious consequences. So called romance scams, in which fraudsters smother victims with professions of love and then plead for financial assistance, appear to be on the rise in Russia, according to fraud experts from Russia PI.

Only in the United States, romance scams affected nearly 5,900 victims and the losses to this type of fraud have reached more than $86.7 million last year, according to the Internet Crime Complaint Center. State and Federal agencies have been working on trying to shut down several large romance scams rings in recent months, however there is a lot of work to be done and ultimately arresting and prosecuting the bad guys is not as easy since it requires the collaboration of the Russian authorities. Besides, Russian internet criminals are expert hackers and know very well how to cover their tracks.

Who is a potential victim of Russian scammers?

Good question! It is hard to determine a specific profile, however it is clear that Russian scammers have certain preferences. According to the findings of our team of private investigators in Moscow, one of the most evident characteristics of a potential victim is their home country. Russian internet criminals will try to target mainly people from the United States, the United Kingdom, Canada, Australia or New Zealand. The reason for this is simple: all of these are developed countries, which means there are greater chances of finding people with financial resources here, and in all of them English is spoken, which makes communication easier.  Besides, the distance makes it easier to maintain the relationship strictly online for a long time, and it helps scammers create stories based on lies.

There is no certainty as whether women or men are more prompt to falling victim, nor whether there is an age where you won´t be a victim and an age where you would.  Although senior adults are often targeted by Russian romance scammers (more than three-quarters of complaints to federal agencies in the U.S. came from people 40 and older) investigation experts say people of all ages and backgrounds can fall prey to romance scams. In the particular case of Russian scammers, there is a tendency to pick male victims, as foreign men are particularly attracted to Russian women.

But what is particularly true is that romance scammers will try to target lonely hearts, or basically people who in one way or another will indicate they are more vulnerable than others. Usually, the potential victims have been through difficult circumstances, such as divorce, losing a job, serious illness and other major losses.  The reason for this is that people who have gone through harsh times recently are often looking for consolation, or simply are trying to leave their painful past behind. They wish for a fresh start. Meeting someone new is the perfect opportunity to start all over again, so the illusion of it becoming real distracts the victims from the basic safety protocols we all know.

Don´t be a victim to Russian love scammers

Online dating websites are not conducting background checks on their users. Authorities will get involved until you report being a victim, and you don´t want to get to that point. The best way to be safe is by preventing fraud from happening! If you met over the Internet someone you´re interested in, and this person is from Russia, get them verified as soon as possible. A dating background check by a professional private investigation company is a highly effective way to stay safe, and to get clear evidence if the person you’re talking to is who he or she claims to be.