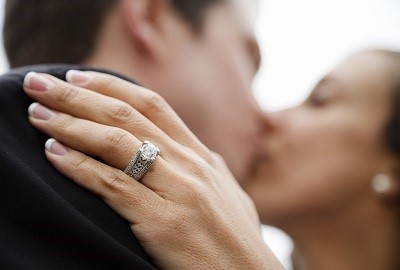 Although a lot of information on prevention has been widely disseminated in the media, marriage fraud and dating scams continue to be the most popular kind of fraud that impacts victims via the internet. The anonymity of the Internet lets criminals approach people using any name and profile they want, any look and photos they like, and any life story they wish. The result?  Your perfect  match can be just around the corner, and they may contact you any time now.  While many decent men and women sit in front of the computer chatting with whom they´re sure is the perfect match, the reality is that they may be getting scammed. According to Russian private investigators, suspicion of a romance scam is a common request.

Before getting into red flags to watch out for, some things need to be clear. Dating scams are usually performed by organized crime networks, rather than a sole person acting alone. Some of the victims are so blinded with their feelings that they are willing to forgive their “romantic partner” and give them a new opportunity when presented with clear evidence of fraud.  Victims believe what they want to believe, but experts say it’s more important than ever to consider a background check or due diligence.

In some cases, the lady you’ve fallen in love with does not even exist. The person in the pictures is most likely a model who collaborates with the Russian criminal operation, or may even be the real person, but she has lied about her identity, marriage status, and everything else.  This kind of crime involves a lot people, from hackers to those who pick up the money in Western Union. The criminals have figured out which are the best-selling stories, the most vulnerable targets. Everything is structured to guarantee that the fraud succeeds.

Money requests to pay living expenses, travel expenses or visas should always be an alert and red flag. Sometimes the request won´t be direct, but the scammer will make you feel like you´re the hero that must step in and help. Be careful and skeptical. Some of the victims claim they even received calls from police officers, embassy employees or other government offices in Moscow. The U.S. Embassy in Moscow has received so many complaints of marriage fraud that it posted a scam warning to help educate the public.

Don´t be fooled by time. When the relationship has been going on for several months, the victim feels more confident about the legitimacy of everything. But romance scammers know that the key to succeeding is gaining trust and that takes time. Con artists are convincing and experienced criminals.

Online dating sites are also full of real people who are just looking for other real people and meaningful relationships, so don´t blame it on online dating sites. There are lots of genuine people out there.  You just need to be cautious and stay skeptical.  When in doubt, consult a professional for evidence.

Be safe and verify,