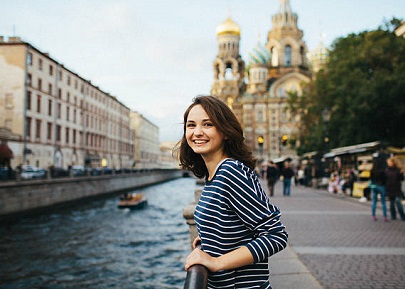 Every day, thousands of people meet through dating services and social media platforms, where anyone from any country and of any age can join as long as they have internet access. It appears to be promising, particularly for those seeking a fresh start, but there are significant risks involved. Online dating scams are one of the most common types of fraud on a global scale, but countries like Russia and Romania continue to be on the top high-risk countries, and anyone can fall victim to them. The devastation that romance criminals can cause is enormous and not even the current military conflict and crisis is stopping them from maintaining their fraud operations. As a matter of fact, love fraud is expected to increase in Russia, Ukraine and countries like Romania and Poland.

Private detectives in Russia say the issue with internet dating isn’t the fact that it’s online. It’s critical to distinguish that the risks do not necessarily come from a careless use of a dating site or app, but from scenarios that are significantly more complicated. The biggest issue with online dating is that people are not being cautious enough and many choose to ignore the dangers. When dating someone from Russia online, it is essential to verify the identity and background of the person of interest, as romance scammers pose a significant threat to anyone meeting people on social media or through online dating sites.

Many victims of fraud are surprised to learn the woman they thought was their romantic partner was actually married, or that the person they had been interacting with for months does not even exist, and all information provided was false. According to private investigators from the Russia PI team, it’s important to recognize that scamming is merely a job for many Russian women, a method to earn money where the economy and government has failed them. Some people will turn to scamming as a primary activity with the current war in Ukraine, when finding honest work may become nearly impossible.

Background check investigations in Moscow, St. Petersburg, or the city of origin can help reveal the true identity of a person is the same as the one behind the profile. Whether the findings are positive or negative, it’s useful to learn the truth early in a relationship rather than waiting until it’s too late. Many Russian dating contacts are genuine, and their identities can be confirmed through a professional background check investigation. In these cases, investigators can deploy a team on the ground to conduct a local investigation and surveillance to learn more about the subject’s living situation and marital status.

Keep in mind that the dangers of a romance scam extend beyond financial loss. Preventing love fraud in Russia can also protect people from more significant threats and dangers, such as identity theft, blackmail, and other forms of harassment. Some people even fly to meet in person with someone with whom they’ve been having an online relationship for a long time, but they fail to hire a proper dating background check investigation first. Thorough dating background checks in Russia can help you avoid considerably more unsafe circumstances. Make sure that your perfect match is an honest person before taking any important steps or putting your own safety at risk.

Contact us today for a free and confidential quote.