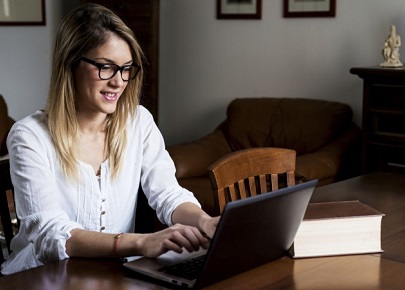 Romance scams have spread fast throughout all of the world, leaving victims everywhere but mainly from highly developed countries like the United States, Canada, Australia and the United Kingdom.  One of the main issues with this expansion is not only that the amount of victims is increasing, but also that the average losses per individual are getting much higher. This situation is also letting the fraud industry consolidate in many countries as a means of survival.

Russia is a perfect example of this case. Private investigators in Moscow say that the cases of love fraud in Russia are nothing new, but the complexity of the schemes and the impact of this kind of crime has expanded to almost unbelievable levels.  Instead of isolated cases of women trying to gain some extra cash at the expense of foreigners, mafia crime rings have taken the “business”.  Criminals have turned romance scams into a very well structured tangle of lies, almost impossible to decipher.

According to investigators, the new cases of romance fraud in Russia are not only taking place online. Romance scammers meet their victims, they even spend days or weeks together and in some cases they even travel with the victim to their home towns. That is why conducting thorough background check investigations on Russian potential love partners is so important today.

It is also important to understand some of the main factors that make online scamming thrive in Russia like it does. Distance turns scamming into a remote game, where whoever gets hurt is “inexistent”, just part of the virtual world. For many of the people who dedicate their lives to online crime, the distance and the whole internet experience makes things appear unreal. There is no proximity with the victims, and the chances of getting caught are also very remote.

Russian regulations make it easy for scammers too, and harder for the victims that are looking for evidence or information that can shed light on who these people really are. Foreign embassies in Moscow receive dozens of complaints every day of people being duped online, and getting access to official records that can help people verify the identity, criminal and court records is impossible for someone on the other side of the world.

It takes only a dating background check to figure out if someone is real or not. So preventing a scam is not that complicated, but trying to recover losses after being scammed is way harder. Scammers use false identities; they work in crime rings that involve many other people, like those who pick up the money and even some infiltrated people in banks and money wiring companies. With so many ways to cover their tracks, finding the right professionals to aid the potential victims is crucial.

People around the world have access to the same internet, but they are not held by the same laws. It is already hard to find a criminal, and  prosecuting him (her) can be a mission impossible. Russian authorities and regulations do not work the same as in the U.S. or the U.K., and jurisdiction can be a major problem when trying to get law enforcement to cooperate or investigate.

Get verification from an experienced private investigation firm in Russia, and avoid being victim of romance scam!  If you have met someone online, be safe and contact us to verify.