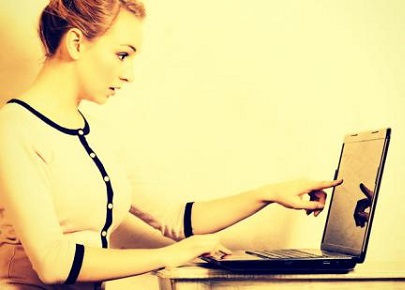 In 2014, online dating scams were responsible for gigantic financial losses. Only in the United States, the FBI reported losses of $82 million dollars in the last six months of the year. The Australian Competition and Consumer Commission reported the same amount, $82 million in losses for Australians, for the whole year 2014.  Experts say the number of reported fraud and online scam cases are only 5% to 10% of the actual number, as very few people ever report the crime to law enforcement.

Even though global losses are over $1 billion USD, the number is only the tip of the iceberg.

The numbers are scary, but they might not be even close to the real amount of losses to this type of fraud. Thousands of people fall victim to Russian online romance scams every day, and not everyone reports the losses, perhaps because they consider it useless, or maybe because the victims feel ashamed.  The real impact of online love fraud is today greater than many other types of crime, and the saddest part is that it continues growing.  Because of jurisdictional problems, and law enforcement’s inability to deal with the global problem, there seems to be no relief in sight.

The internet offers good protection for criminals operating in internet cafes in third world countries.  In most cases, scam victims get little to no help from government agencies or police.

Remember to be cautious

Online dating scams are so popular nowadays that we probably all know someone who was a victim. Stories about people being scammed despite numerous warnings of their family, friends and co-workers can be found everywhere. The question is: when did these victims stop hearing the advice from their loved ones and started trusting more a complete stranger?  The internet has become too comfortable for many, and users are letting their guard down, especially in social media and online dating.

According to private investigators from Russia PI there are several things that need to be considered. The first one is that online dating offers something hard to beat: the chance of starting all over again. This is particularly important since most of the victims are either divorced or widows, and many of them feel like the warnings are just a way that their children or ex-partners have to discourage them from continuing with their life.   It can’t happen to them, many say.  Law enforcement and private investigators know all too well that anyone can be a victim of online crime.

Another very important thing to consider is that Russian dating scammers are experts in manipulating and deceiving people. The victims usually feel so emotionally attached to the criminals that they think that hiring an expert private investigator to conduct a background check  just to be on the safe side is like a betrayal. Most of them end up understanding how important it was to verify the facts when it is too late and their money has been lost.  Be safe and verify early.

Don´t be part of the statistics

The FBI states that women were the greatest victims, which means that eighty two percent of the losses in 2014 due to romance fraud come from female victims and eighteen percent from male victims. Maybe women just report it to the authorities the most. The truth is that whether its women or men, behind those percentages, many people are still suffering the consequences: bankruptcy, problems with their families, employers, lenders, etc.  Prevention and verification is the key!

Dating background checks in Russia by professional investigators are an investment and a wise decision.  People who enter the online dating world need to understand that anyone can be on the other side of the computer, and by anyone we mean a criminal, a fraudster, a hacker… or a good and honest person. The only way to find out is by hiring an expert investigator who can verify the facts.

To properly verify an individual in Russia, it is critical to work with a reputable company with trained investigators on the ground in Moscow and St. Petersburg.  Russia PI™ expert investigators speak the language, have access to local records, and can obtain clear evidence for you.

Warnings have proven not to be the best method against love fraud. But verifying is. If you know someone who is having an online relationship, advise them to look for a dating background check. Checking on someone is not a betrayal, it is not dishonest, it is just a proper way to ensure that you will be safe. Be skeptical online and protect yourself.  Contact us for a free quote.