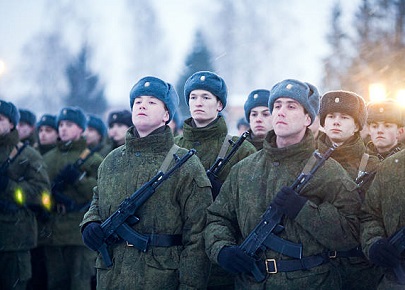 A large number of Russian men who are eligible for enlistment are turning to shady networks to avoid participating in the war against Ukraine. Since Russian President Vladimir Putin ordered partial mobilization in response to defeats on the Ukrainian front, more men have been called to comply with their military duty. However, many of them are resorting to the dark web to either buy a fake exemption or to escape the country.

Russia has been known as a hub for hackers and cybercriminals. While this activity has been useful to the government in the past, it is currently not the case, as people are using these skills to evade having to go to war. This situation has created a highly profitable environment for the sale of forged documents online, mainly certificates of unfitness for military service. Services like this are aggressively promoted on open networks like social media and directly by contacting people on channels where the mobilization is discussed.

“People in desperate situations are more vulnerable to falling prey to scam, and this is a fact that online criminals know well enough”, says Nicholas Donkova, Director of Private Detectives at Russia PI. The urgency to do something to avoid being enlisted triggers many risky behaviors, for example, sending money to strangers via cryptocurrency, sharing identity documents that can later be sold in the black market, etc.

What this means is that not only might people get in trouble if they get caught falsifying documents, but they are also at risk of losing money and being targeted in the future by the criminals who now own their ID and personal information.

Another popular scam is the sale of SIM cards that people can obtain without presenting identification or registering their true subscriber information with the telephone or internet service providers. Russians are rushing to obtain these cards because the government can use SIM cards to identify and locate young men who are eligible for military duty, and if they use their real card they can be stopped at the border. Regardless of the promise that criminals make, a fake certificate, a forged passport or a SIM card, the truth is that once the money is paid, the scammers will stop communicating with the victim and use the stolen personal data for further fraud or sell it on the dark web.  There is no way back.

Private investigators in Moscow also warn foreigners about the increasing cases of online scam in Russia, especially considering that those who are in the position to provide financial help are usually outside of the country. A great part of the resources that scammers can obtain as profit comes from people in the U.S. who are willing to help, and fraudsters will take advantage of this. Keep in mind that online romance and friendships continue to be the main baits for internet criminals, who use these tragic situations as an excuse to request money. Many will even say they need the money to pay for the fake documents and evade military duty. Be aware that it is never safe to send funds to a stranger and that crypto transactions are preferred by crime rings in this fraud.

© Copyright Russia PI.  All Rights Reserved.  This content is the property of Russia PI, LLC and is protected by the United States of America and international copyright laws.