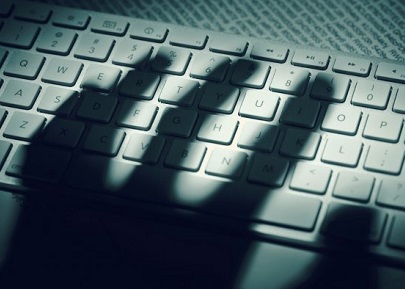 It is no secret to anyone that Russia and Eastern Europe have given birth to the best hackers and cyber criminals in all history. Cybercrime originating in Russia, Romania and Ukraine is now thriving and increasing, not only in its scale, but also in the sophistication of their plots and attacks.

Private investigators in Russia say that the whole nature of organized crime in Russia and the world has been transformed with cybercrime. Hackers have climbed in the hierarchy of mafia groups because they are able to produce money fast and in a relatively easy way.

The current situation of cybercrime

A few examples can illustrate well what has been going on with cybercrime in Russia and other nations that belonged to the former Soviet Union. In September 2015, a Russian hacker admitted his role in the largest known data breach the U.S. has ever prosecuted. Authorities said the perpetrators allegedly hacked into the networks of corporate victims engaged in financial transactions, retailers that received and transmitted financial data and other institutions with information that the criminals could exploit for profit. Obtaining sensitive information to sell it in the black market or to use it for extortion and other schemes has becoming a powerful business.

Other ex-soviet nations have been actively participating in cybercrime too. U.S. authorities identified Ukrainian hackers that were engaged in cyber extortion to companies. The group stole corporate press announcements and then profited by trading on the sensitive information before it became public. Several recent investigations succeeded in taking down another Ukrainian cybercrime ring that targeted U.S. banks in Puerto Rico and Oman. Stolen data from bank clients was used to clone credit cards. Romanian hackers inserted malware into ATMs to steal cash in the U.K. and stole more than 1.6 million British pounds in just one weekend.   Nothing online is 100% safe and secure.

Why will it continue to expand

Cybercrime is not only extremely profitable for organized crime groups, but it is also becoming a main source of employment for many people in Russia. Experienced computer and software engineers turn to crime in Romania, Russia, and other former Soviet states because legitimate jobs are scarce. The governments have not been able to address efficiently the unemployment problem, and on the other hand law enforcement and legal systems are not equipped to fight cybercrime. The results of this are clear, every day more people in the region are finding in cybercrime their only option to survive and to improve their quality of life.  For the same reason, not only professionals in the field have turned to crime, but also many other people are willing to learn the trade of cybercriminal, starting with the traditional romance scams and evolving into more complex schemes.

Major data breaches and massive hacking originating from Russia have been a constant during the past few years. Security experts trace many of the world´s cybercrime attacks to Russia, as well as other former Soviet bloc countries. With the escalation of political issues between Russia and other nations, it is only expected to see an increase in such attacks. It is important to mention that cyber-attacks are not only used to make money, but also to gain power. Terrorist groups are getting better every day in their ability to conduct cyber-attacks and to obtain sensitive data that can put them a step ahead of the authorities, and Russia may be the right place to recruit the people who will assist them.

Another factor in the expansion of cybercrime in the region is the fact that that Russia has a prohibition to extraditing Russian citizens who have committed a crime in another country. Russian hackers have their rules, and one of them is not hacking Russians. Being able to conduct cyberattacks in other countries and knowing they will never be taken to trial anywhere else reduces the risks for criminals and helps them continue growing the business.  That is why Russians target foreigners!

Private detectives in Russia have also seen a significant rise in the development of mobile applications designed to steal money from bank accounts and to steal personal information from smartphone users. Due to this situation, it is important to alert the public to remain cautious and to look for ways to protect their personal information.  Before providing your personal information to a company or individual in Russia, make sure it is safe to do so.  If you’ve met someone or plan on doing business with a company in Russia or overseas, contact us today for a free quote.

© Copyright 2016 Russia PI.  All Rights Reserved.  This content is the property of Russia PI, LLC and is protected by United States of America and international copyright laws.