Crisis in Russia and Ukraine: A Scam to Bring Back Cold War? 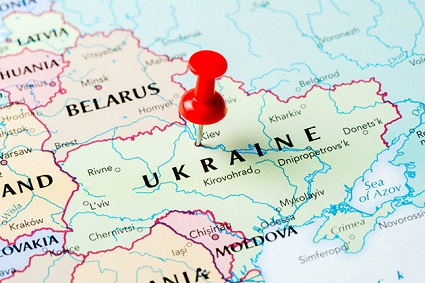 Developments in the Ukraine and the threat from Russia are making international headlines, and the Ukraine people are living with insecurity and a high level of uncertainty about their future.  Recently, Russian foreign minister, Sergey Lavrov, accused the United States of encouraging the Ukraine to challenge Russia and to follow a confrontational path instead of a seeking for settlement. According to Lavrov, the chances of finding a solution to the conflict would have been better if it only depended on Russia and Europe, without the mediation or pressure from the United States.

And while the powerful men at the European Union, the Ukraine, the United States and Russia try to discuss –or not- what will be the future of the world, thousands of people are concerned about their investments being at risk with the crisis, their job security and even their future.

A little background on the situation

Ukraine was due to sign the second part of an association agreement (free trade pact) with the European Union on June 27th, a fact that has risen the tension between Russia and Ukraine, and has made many people doubt about the real dissolution of the Eastern bloc vs the Western bloc back from the Cold War. Some even talk about this conflict being made up with the sole purpose of validating who is the strongest. But playing who´s the boss is a dangerous game that can put us on the verge of a World War III. Whether there are ulterior motives or not, the truth is that this pact has been at the heart of the conflict between Russia and Ukraine since last year, when Moscow put pressure on Kiev to evade the European Union in favor of joining its own Eurasian Economic Union.

At the time, Ukraine’s president Viktor Yanukovych, who was backed up by Russian president Vladimir Putin, agreed with Moscow´s plan of joining the Eurasian Economic Union and triggered an uprising that led in February to his own overthrow, followed by Crimea´s annexation to Russia and a pro-Russian separatist rebellion in eastern Ukraine; and of course, all the economic and social consequences derived from the conflict.  Russian investigators say rule of law has essentially crumbled.

The role of the United States in the Ukrainian-Russian conflict is still unclear for most of us. The opinions on whether the U.S. should get involved or not vary, but one thing is clear: the conflict is not any close to being over.  But, the U.S. is struggling with its own problems, such as uncontrolled illegal immigration and out of control government spending, leading to devaluation of the U.S. dollar, so chances are the deteriorating U.S. economy and people will not support a major engagement.

The negotiations of the past weeks

The levels of tension are growing as Russia has stated that if Ukraine signs the pact with the EU, Russia will very likely impose trade barriers, arguing that the entrance of more goods from the EU into Ukraine will directly affect Russia´s production. Russian private detectives say another concern is that EU product importers in the Ukraine might want to re-export them into Russia, and use this path to avoid the custom duties that Russia already has imposed for EU countries.

Such impositions would greatly affect Ukraine´s economy, given the fact that 24 percent of Ukraine´s exports go to Russia. This measure would leave Ukraine in the position of looking for new markets that can absorb the Russian share, which will not be easily found. Yet, many are already looking into new business opportunities out of Russia and working on due diligence to be safe.

In the meantime, Russian producers are lobbying for protection once Ukraine’s free trade agreement with the EU comes into force, and the authorities are working on ways to toughen the requirements for Ukrainian imports and to impose tax barriers.

The EU agreed last week to hold high-level talks with Moscow on the implementation of the agreement in an attempt to mitigate the impact that the treaty –or actually the Russian reaction to the signature of the treaty- will have on Ukraine. During the past EU summit the authorities decided not to immediately impose new sanctions on Russia for destabilizing eastern Ukraine, but gave the Russian government and pro-Russian insurgents some time to take steps to improve the situation.

Improving the situation includes releasing all captives, retreating from border checkpoints, agreeing on a way to verify the cease-fire and launching “substantial negotiations” on Ukrainian President.

Some advice from Russia PI team

Russian private investigators are advising people who have business in Russia or the Ukraine to be wary, mainly because uncertainty usually causes the perfect scenario for fraud and crime. The only thing left to do while the big bosses make a decision on the world´s politics is to take precautions and try to work on the risks we can control.   The risk for fraud is high during this period, so be safe and verify with background checks and due diligence services from reputable providers.